Never say never. But see, I have pretty much made up my mind that there are certain things that I am willing to forego despite the raging impulse, numerous raves and overrated beauty trends diluting our society. I know it sounds like a complete antithesis from a blogger obsessed with all things beauty. But it’s my opinion, my life. If you find absolute delight and satisfaction from the following procedures or routines, you do you. Today’s post is about me, not about you, oki? 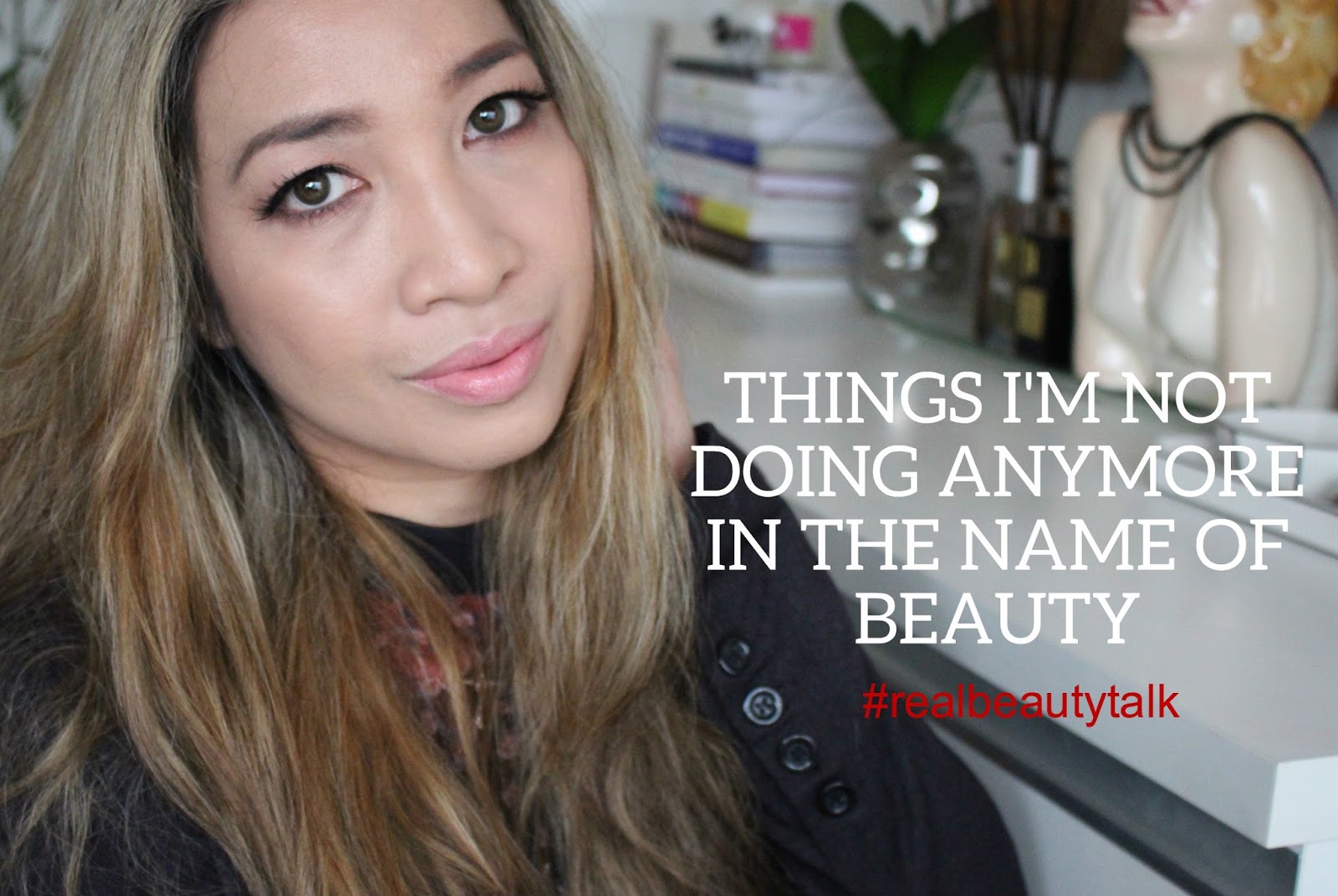 1. Eyelash extension. Back in October, this late bloomer discovered the instant gratification of lash extension. You know, waking up feeling oh-so-glamorous with long and voluminous lashes vis-a-vis significantly reducing my makeup routine because the lashes speak for themselves. But the fascination was rather short-lived because I decided not to continue after two months of going to the lash bar near me. Reason being,

2. Microblading. This is one beauty procedure that’s all the rage recently. I have seen magnificent brows on Instagram and other social media enough to convince me to try it. But I held back and decided not to pursue because

3. Highlight, bake and contour all the things. Since when did highlight, bake and contour become part of daily makeup? Going to church, going to gym, going to Walmart… guys, can we give this overrated technique a break and once, and just once, apply makeup the way it used to be? I am not Kim Kardashian with a battalion of makeup artists and while I love a glam look, I am not going to highlight, bake and contour every part of my face every single day just because I saw it on Youtube and Instagram. I’m talking about going the extreme like contouring even the side of the nose then highlighting the bridge and tip including cupid’s bow. Real talk: just because it looks good on someone doesn’t mean it will look good on me.

Yeah, it’s a short list  because I’m keeping my mind open for the rest. Never say never. On a side note, I am back to blogging but we’re shifting gear ladies, more on that later!