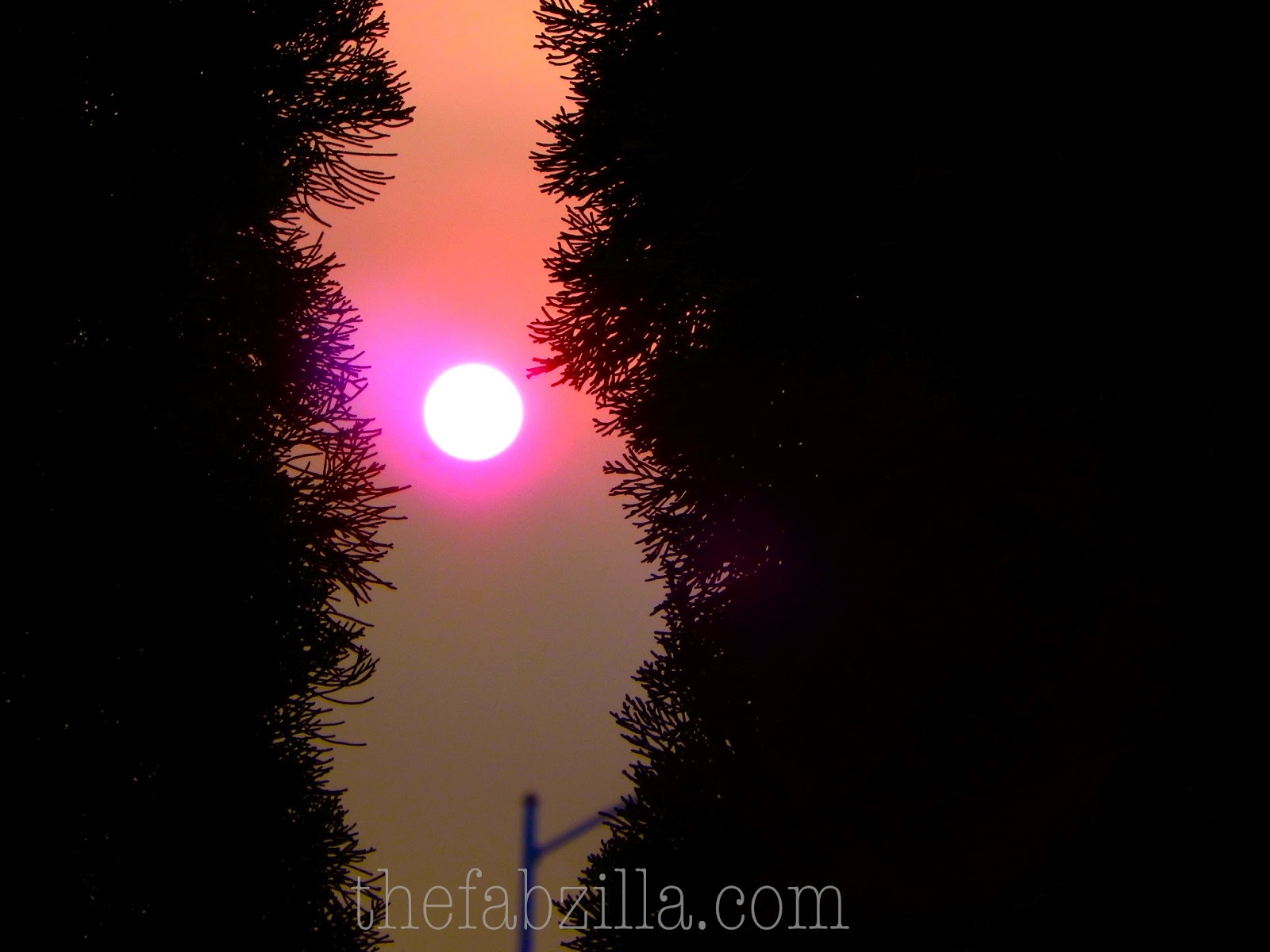 Shoot! I totally forgot about Venus’s orbiting the sun today. Next time it happens I’m already in lalaland unless I outlive a century. Anyways, this gorgeous sunset was taken yesterday, June 4, 2012 around 6:30pm Hawaii time. Le Hub who was playing with our furry baby in the backyard called me to witness this magnificence ~ a very bright orange sun. Too bad my cam failed to capture the real color of this beauty.  I can’t stare long enough because its glare made me teary-eyed. Few minutes later, my eyes felt warm that I panicked! Am I going blind? Even hub experienced the same. But thank goodness, the feeling was transitory. Orange Sun. Scandal-licious. Outrageous in a positive way.

Now let’s go to another orange. Have you tried Rimmel London’s Scandaleyes? This was an impulse purchase when I ran out of mascara. As in usual, I got brainwashed by the supercalifragilisticexpialidocious marketing claim. I mean with its uber bright neon orange packaging and promise of monstrous lashes, moi gotta have it.

The Bust. I ‘shoulda learn from past experience already. My prior Rimmel purchases were mediocre to say the least ~ eyeshadow creased, primer didn’t prime, long-wear foundation was short-lived. Now this. But let’s start with the good points first. I didn’t have eye irritation. at. all. I have very sensitive eyes and the fact that this held up sans tears is a plus. It didn’t smudge or melt down throughout the day. However, Rimmel wasn’t kidding when it said supersize. This is one mammoth of a wand. It’s so chubby that I had a difficult time applying it,  to think I have average- sized eyes! This leads to my next gripe: lots of lid- staining in the process, skillful (or lack thereof) maneuvering to coat the smaller lashes, clumps like crazy, dries slow. I can go on and on but let the photos speak for themselves: 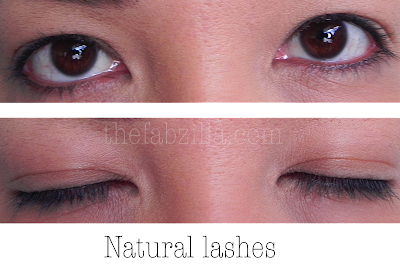 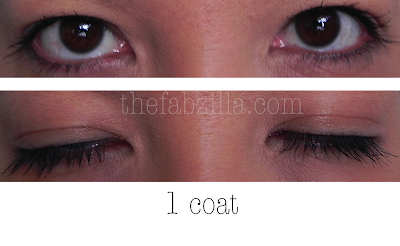 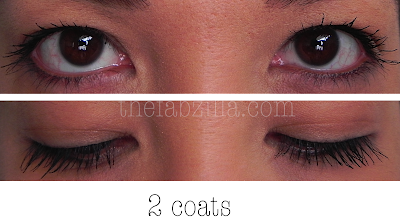 Skip the boring natural lashes. There isn’t much difference between 1 or 2 coats except that the latter had clumpier lashes. I tried hard not to wink my eyes because the formula is so wet and dries slow. Long story short, I’d rate this 1.5/5. Scandal. Eyes. Bleh.