I first spotted this mascara a month ago at the Navy Exchange when it was priced at $4. Introductory price? Maybe because this retails around $8 in drugstores. Is it all worth the hype? Will it really amp your lashes to the nth power? Guinea pig dissects.

L’Oreal Voluminous False Fiber Lashes Mascara claims to volumize lashes with lash-sculpting fiber formula that adheres to lashes.  But there is nothing in the packaging that explains the secret concoction so I decided to wear my geek glasses and conduct further research.  One of the active listed ingredients is acrylates copolymer, a compound common to most mascaras because it binds, suspends and forms film on lashes. There is also cosmetic-grade paraffin and carnauba wax, again common to most mascaras that claim to thicken lashes because they separate the lashes and make the dark color stick to the lashes.

Ssshhh!! *whispers to you like a BFF secret*  Most high-end and drugstore brands share the same active ingredients! Aqua (water), Paraffin, Carnauba Wax, the list goes on and on. What differentiates one from the other is mostly the shape of the wand and bristles, and that is what we are paying for. Gotcha! The power of marketing and advertising.

So could this be the Holy Grail in mascara? Nope, because there is nothing in the ingredients that says it is the only one in the world. Nothing that sets it apart, to put it bluntly.

Are these really volumizing with  outstanding false lashes effect? Yes, they volumize because the listed ingredients make your lashes look thicker so if you have shorter lashes you can see very noticeable results.  Will it replace your go-to falsies routine? No. If you still believe that your lashes will look like those in the print ads,  time to wake up to reality that those are photoshopped images or most often than not, those models and actresses wear false lashes themselves. Marketing is about mind-conditioning.

My two cents worth: 4/5 Still a must-try. I have sensitive eyes so I always give credit to a mascara that doesn’t make my eyes teary. It dries up fast and it separates my lashes nicely. It gets clumpy (as expected) if you coat your lashes twice or thrice. Overall, It’s another mascara that gave definition to my utterly boring lashes but in no way it created false lashes effect. Be my fabulous judge… 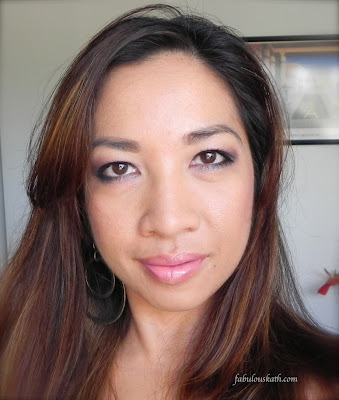